Villa de Leyva is considered one of the finest colonial villages of Colombia, and was declared a National Monument on December 17, 1954 to preserve its architecture. It was also a setting used in the 2007 telenovela Zorro: La Espada y la Rosa (The Sword and the Rose), bringing added notoriety to the area.

We arrive just before sunset. As I’ve mentioned before, I do not travel with a tripod, so I try my best with the fading light, developing a slight obsession with the street lamps’ orange glow against the darkening blue sky. 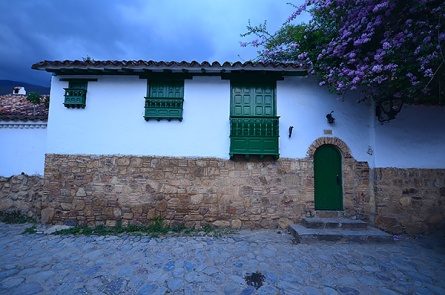 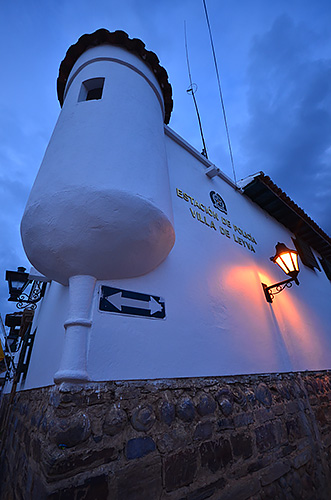 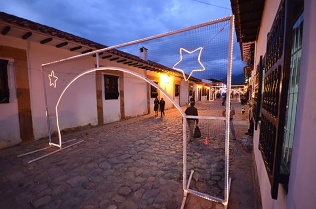