The year I turn forty is also the year my mom turns sixty and I thought a good way to celebrate would be to take her to Israel. Unfortunately, a few years before this she was diagnosed with bladder cancer and she lost her battle with it just a month before turning sixty. She let me know that she wanted to be cremated but made me promise not to keep her ashes “in a damn urn.” I knew what I needed to do.

My wife has an aunt who resides in Israel with her Israeli husband, so we asked if we could visit during my summer break. I wasn’t entirely sure where I would spread my mother’s ashes or even if I could get them through Israel’s intense security, I just knew I had a promise to keep.

I’ve only ever been called into the little room beside the immigration windows on two occasions, once in Dubai and this time in Tel Aviv. As we are visiting my wife’s family, we decided it would be best to let her do the talking. For some reason, the immigration official doesn’t seem to understand how my wife, who is Chinese, could have an aunt, also Chinese, living and working in Israel. She explains that she lives in Israel with her Israeli husband. “Is she an Israeli citizen?” she is asked. When replying yes, the response is, “How can that be?”

After a few more minutes of this back-and-forth, a second immigration official arrives, seems just as confused, and we’re asked to follow her to a sitting area while our passports are taken away. A few more minutes pass before I’m called into the little room, which consists of a desk and another official. I’m asked to have a seat and then I’m ignored while the official types on his computer and then gets up to consult with a colleague. I can see our passports sitting on the desk between us, so that’s something.

Thinking of the confusion being caused earlier, I use this time to develop a strategy. When my existence is finally acknowledged and I start being asked the same questions that seemed to confuse the officials outside, I go into teacher mode. I say that I am an American, pointing to my U.S. passport, traveling with my wife, pointing to her U.K. passport. The passports are open to their respective photo pages, so I point to my wife’s photo and note that my wife is Chinese and we are here to visit her aunt, also Chinese (pointing again to the passport picture) whose is married to an Israeli. I am speaking slowly and calmly and hoping the visual aids help. They do, as the new official seems to approve of my explanation and soon our passports are stamped and back in my possession.

Finally in the country, I decide to spread my mother’s ashes in the Sea of Galilee, finding a quiet spot for my final moment with her. Before leaving the country, I tell my wife that I think I should do the talking on the way out and simply tell them that we were in the country to visit my Israeli uncle. Given my full name, Jeremiah Abraham, it seems to me a much easier story for them to follow, and it doesn’t hurt that it’s also true. 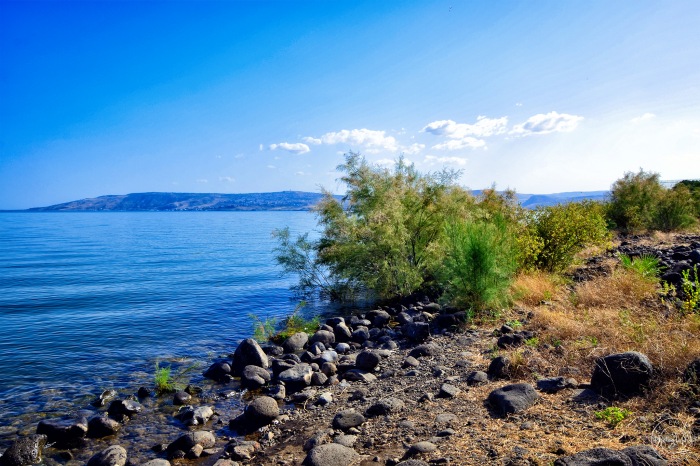